Bipolar Disorder, also known as Manic Depression, is a kind of mental illness. A patient suffering from this issue finds himself suffering from severe mood swings episodes. The mood swing ranges from effervescent delirium to suicidal depressions.

In the year 2012, The World Health Organisation stated that Bipolar Disorder is the 6th largest cause of disability in the world. (Cristina Colombo, 2012)

What is Bipolar Disorder? 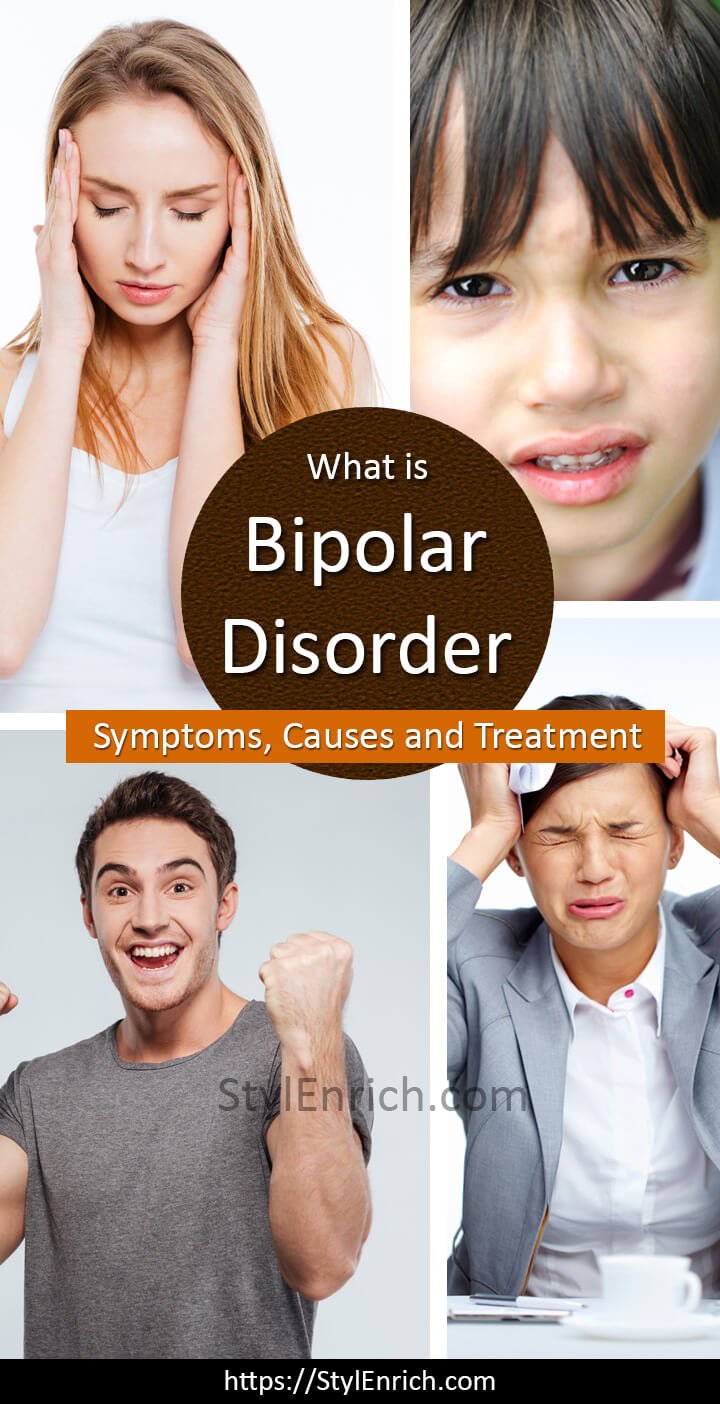 It is easier to understand the disease if you understand the meaning of the word Bipolar, which means two poles. Therefore, the words Bipolar Disorder implies a person suffering from frequent oscillations between the two extreme moods of ecstatic happiness to extended depression.

This psychological disorder was first formally recognized as a mental illness close to 100 years ago by Emil Kraepelin. However, the description of patients suffering from symptoms similar to this disease has existed since 200 A.D. (Roxanne Dryden-Edwards).

The patient suffering from this disorder has categorically two states of mood :

1. Happy : this state can be manic or hypo-manic

2. Sad : this state is a usually varying degree of depression

The mood swing of a Bipolar individual to egregious, elated, unreasonably happy or ecstatic is called Manic State. The patient feels uncommonly high mood lifts leading to an unnaturally optimistic, reckless, as well as excessively impatient and impulsive.

An individual in a manic state usually loses all sense of caution or fear and feels euphoric about everything. This state lasts for about 1 week in a single episode of Bipolar Disorder.

The mood swing of a Bipolar patient ends to be towards a general sense of happiness, unusual contentment, an undue feeling of well-being, etc. This state is similar to Manic State; however, it is less intense in the same feelings. This state, like the Manic State, tends to last about 1 week in a single episode of Bipolar Disorder.

The mood swing of a Bipolar Patient in this episode of the Bipolar Disorder tends towards feeling depressed, sad, unwanted, sluggish, anxious, and/or suicidal. The depression period of a single episode tends to last about 3 weeks. The severity of the period tends to be influenced by the severity of the manic or hypomanic period.

In other words, Bigger the “Rise” – Greater the “Fall”.

Any episode of a Bipolar Disorder contains either manic or hypomanic state followed by the depression state. Thus, the patient tends to show feelings of both extreme happiness and great sadness in any episode, while each episode lasts for weeks together.

How to identify Bipolar Disorder?

A person/ individual/ patient under the effect of this Bipolar Disorder or manic depression usually displays one or a combination of the following pattern:

Who can get Bipolar Disorder?

This mental disorder can be found in any individual; it has been discovered in the active or latent stages in individuals at any period in their life. There exists no age, gender, or creed barring for the occurrence of this disorder in a patient. Bipolar Disorder in men, women, teenagers, and children can be found all over the globe with relatively similar frequency.

It is estimated that close to a fifth of the world’s population suffering from mental illness is observed to have varying degrees of Bipolar Disorder.

This Manic Depression state is can be identified by the manifestation of the following behaviors:

Manic Depression in men tends to have a higher rate of suicide or self-harm during the depression stage of this mental illness. During the manic stage of this Bipolar Disorder, men tend to have a little bit of the “God Complex”; thereby, making them reckless in terms of expenditure, physical feats as well as sexual proclivity.

Women tend to have a hypomanic tendency while experiencing Manic Depression. Therefore, it is sometimes not easy to detect the symptoms that could allocate a woman’s behavior towards this disease. Some behavioral changes that can help the detection of this mental disorder in women are:

Although the disease is not generally manifested in people below the age of 20, there has been an increase in the recognition of Bipolar Disorder episodes in teenagers as well as children. The normal hormonal behavior of teenagers and Manic Depression related behavior patterns tend to be similar. However, the following list of behavior pattern can help a parent/ teacher/ mental health professional identify the manic stage of the this disorder :

While experience the depression stage in the Bipolar Disorder, a teenager can be expected to show the following behaviors: 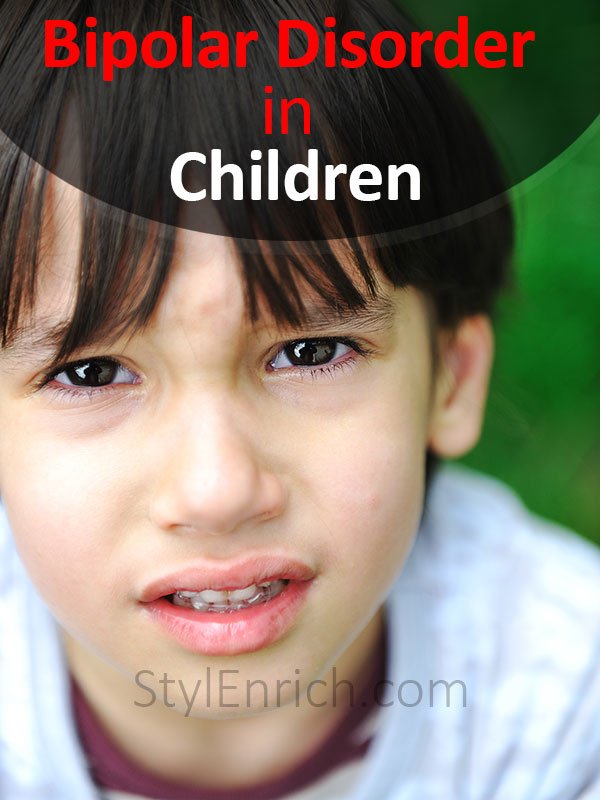 All children behave in different manners in the same situation even if given the same stimuli. Each child has different physical, mental as well as emotional growth patterns. Therefore, similar to teenagers, Bipolar Disorder is difficult to identify in children.

Since children are usually active in nature, some are even hyperactive in nature, it is impossible to recognize any manic tendency or elated mood swings. However, there are a few patterns of depression-related behavior, which if observed with regularity in a child, can be used to indicate a tendency towards Bipolar Disease or Manic Depression.

The depression stage of Bipolar Disorder in children can be identified by the follows:

This is a type of Bipolar Disorders in which the patient experiences a minimum one episode in the year. This implies that an individual who suffers from the disease will have one manic period that may be preceded by a hypomanic period or followed by one depression period. Studies have revealed that some cases show a tendency to suffer a break from reality after the manic period.

This is a type of Bipolar Disorders in which the patient experiences one hypomanic episode followed by a period of depression. This variant of the disease does not display manic tendency and hence it is more difficult to diagnose. Patients suffering from this type of the Bipolar Disorder do not suffer from psychosis, i.e. a break from reality, episode.

This variant of the Bipolar Disorders displays numerous episodes of hypomania along with frequent periods of low-level depression episodes. This mood pattern should exist for approximately 2 years in adults and 1 year in children.

How to Diagnose Bipolar Disorder?

Usually, a doctor or general practitioner carries out a series of blood and urine tests along with a set of diagnostic examinations to determine Bipolar Disorder. On observing the tendency towards Manic Depression, s/he refers the case to a mental health professional.

The patient’s family, close friends, colleagues and general physician or medical practitioner can contribute to the diagnosis by stating the observed behavior as well as changes in the pattern of behavior to the mental health practitioner. This helps a mental health professional to determine the type of mental illness that is being observed in the patient as well as the sub-type of the mental disorder.

For any individual to have their behavior categorized as Bipolar Disorder, they must meet pre-ordained medical criteria that specify mania, hypomania, and/ or depression. The specifics related to presence, sequence as well as period of manic, hypomania, or depression states are helpful to determine the classification of Bipolar Disorder in the patient.

What are the Symptoms of Bipolar Disorder?

The typical symptoms of Bipolar Disorder are:

These are those symptoms that state the most noticeable changes in the personality of an individual. However, the progression and manifestation of the disease changes with respect to the patient and their usual mood as well as behavior.

Let’s take a look at symptoms specific to the manic as well as depression mood swing :

What is the Treatment of Bipolar Disease?

Since Bipolar Disorder is a mental illness, its treatment focuses on:

1. What are the Causes of Bipolar Disorder?

Ans. Although there are no proven causes, there is strong evidence supporting the following causes being associated with any individual suffering from this illness:

2. What other disease show similar symptoms to that of Bipolar Disorder?

Ans. Most mental illnesses related to depression tend to have overlapping symptoms. Therefore, it is difficult for a clear diagnosis of Bipolar Disorder by a mental health professional over a short time period. The following mental diseases show similar traits and are often confused for Bipolar Disorder –

3. Is the Bipolar Disorder curable?

Ans. Since Bipolar Disorder is a mental illness with no conclusively identifiable reasons for its occurrence, its treatment leans towards the management of the disease and its symptoms rather than its cure. Currently, there is no properly proven cure for Bipolar Disorder.

4. Can Bipolar Disorder be observed in children?

Ans. Yes. Since children tend to be hyperactive or moody with frequent changes in their behavior pattern, it is difficult to identify Bipolar Disorder in children

However, monitoring of certain moods like irritability, undue degree of anger, lackluster behavior, and disturbed sleep pattern (either too much or too little), etc. can help a certified mental health professional to diagnose the disease in children.

An estimated 1.1 million children or adolescents with depression may have early onset of Bipolar Disorder(The Recovery Village).

5. How common is Bipolar Disorder?

Ans.In 2012, World Health Organization (WHO) listed mental illness as the 5th largest cause of disability in the world; and more importantly WHO listed Bipolar Disorder the 6th largest cause of disability worldwide (Cristina Colombo, 2012). Therefore, it is safe to say that this disease is common although the degree of severity of the symptoms and progression of the disorder leading to complications of health and life varies.

6. How often does Bipolar disorder lead to suicide?

7. What are the Common Myths associated with Bipolar Disorder?

Ans. Like any disease, there are a large number of myths associated with Bipolar Disorder. Let’s take a look at a few common myths:

Top 10 Reasons Why Eating Quinoa Is Good For You

How Yoga Can Be Helpful for the Patients of Diabetes?

I am an Engineer by profession and a Stay-at-home-Mother by choice. Health and nutrition of myself and my family are of prime concern to me as an informed Home-maker. The hidden treasures in home remedies and the upcoming miracles in organic food fascinate me. I am passionate about my writing specifically on topic close to my heart in the field of human health leading to improved lifestyle quotients.

Salmon Oil : An Effective Way to Gift Yourself a Healthy Heart and Mind!

What Makes Coconut Meat A Healthy Addition To Your Diet?