Some Quick Facts About Diabetes 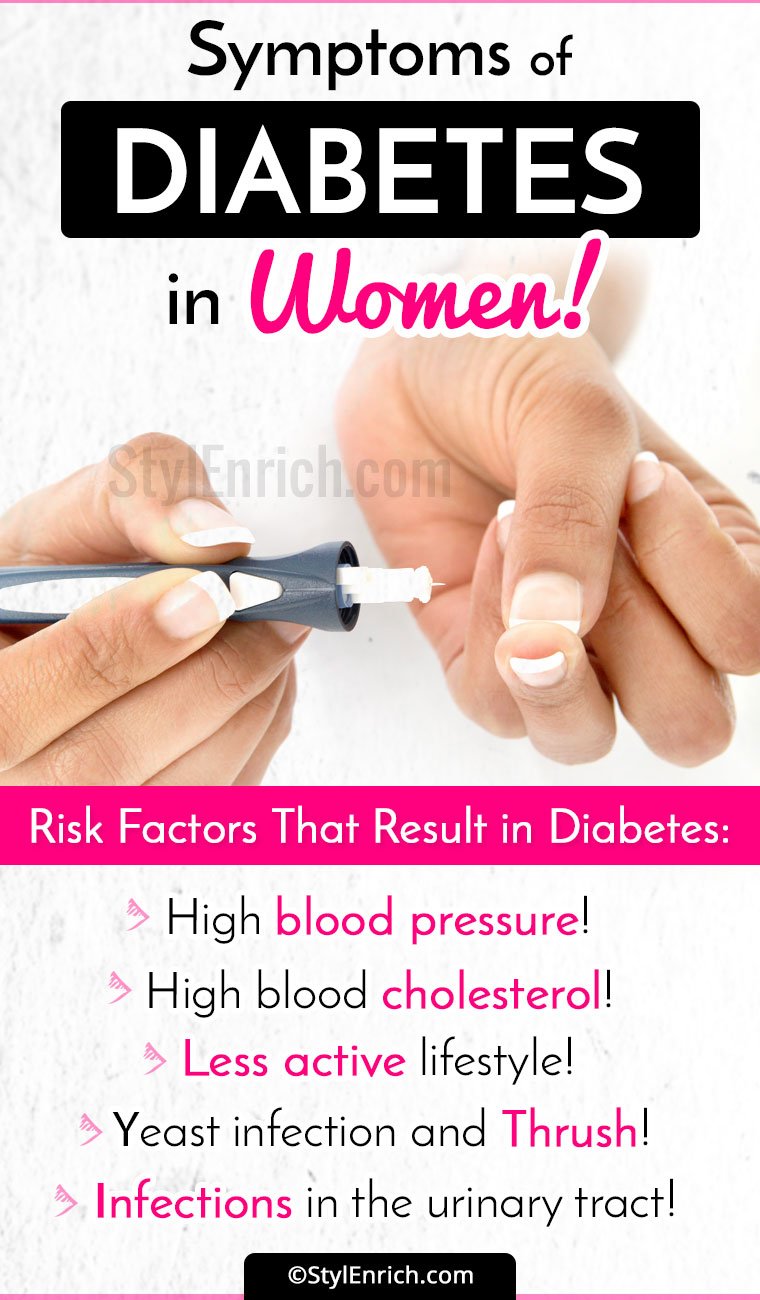 Diabetes is the next upcoming health issue that has caught rapid speed in increasing its patient numbers, as well as, other health disorders related to it. Diabetes can be described as a bundle of metabolic disorders that has an impact on the blood sugar levels, making it high as a result of problems in the production of the insulin. No doubt, the disorder has a great impact on the human life with age no bar, it is widely observed that 7 out of 10 women are suffering from this problem.

There are various reasons why diabetes strikes women, but the main reason among all is the variations found in the hormones. Inflammation is also another reason why women suffer from diabetes more. Similarly, the symptoms of diabetes in women also vary than men. Also, women are likely to get affected by gestational diabetes, that is observed during pregnancy, which is a result of polycystic ovary syndrome.

Symptoms Of Diabetes In Women

When it comes to symptoms of diabetes, they vary when it comes to the sex of the individual. Women and men both have different symptoms leading to diabetes. Some of the common symptoms found in women are:

Vaginal Thrush, also known as Vulvovaginal candidiasis, is a symptom of diabetes. In this situation, women experience blood sugar levels that are high, which might lead glucose to excreted through urine. When glucose passes through the urine, it may build up some fertile ground breeding yeast infections. Women having such infections would suffer from soreness in the vaginal area, itching, red skin, white patches similar to curd on the skin, continuous white discharge from the vagina, painful intercourse, etc.

Popular by the name FSD, this symptom leads to difficulty in sexual activities in women. When the blood sugar levels rise up, it can result in less supply of blood to the nerve, that might damage it. As a result, it creates a problem in arousal, as well as, achieving orgasm. In some cases, women also observe lack of lubrication in the vagina, which makes the sexual activity painful. It also decreases the interest in sexual activities.

3. Infections In The Urinary Tract

For the women suffering from diabetes, urinary infections are at higher risk. The infection is a result of an increase of bacteria in the urinary tract, which colonizes the infection. The signs of such infection in the urinary tract are a pain while urinating, burning feeling when urinating, fever, yellowish and sometimes bloody urine. Sometimes, high levels of blood glucose, reduced circulation of immune cells, the inability of immune cells to fight against bacteria, etc., also lead to urinary infections.

The increase in blood sugar levels generally leads to diabetic neuropathy, due to which, the nerves lose the interaction with the brain and the related organs. As a result, the body suffers from partial loss of sensation, and in serious cases, complete loss of sensation in the feet, legs, hands, etc. The vagina is one among the various organs that come with a good number of nerves, and hence, in case of diabetic neuropathy, the female body might lose senses in the vagina, resulting into poor sexual health.

Popularly called PCOS, the syndrome effects when the female body suffers from hormonal imbalance. It also has an effect on the fertility and the menses of women. Some widely observed symptoms are facial hair, acne, loss of hair, weight gain, depression, darkening of theskin, irregular periods, etc. Women suffering from PCOS are at high risk for diabetes. Hence, if signs of PCOS is observed, it may be a warning sign of developing diabetes.

Other symptoms of having diabetes are similar to that of men like fatigue, excess hunger, dry mouth, headache, vision issues, sudden weight loss, slow healing of wounds, frequent skin infections, etc. Some of the risk factors that might result in diabetes are:

No doubt there is no proper medicine to cure diabetes, but one can surely take precautions to avoid it by making a minor change in the lifestyle and eating habits.