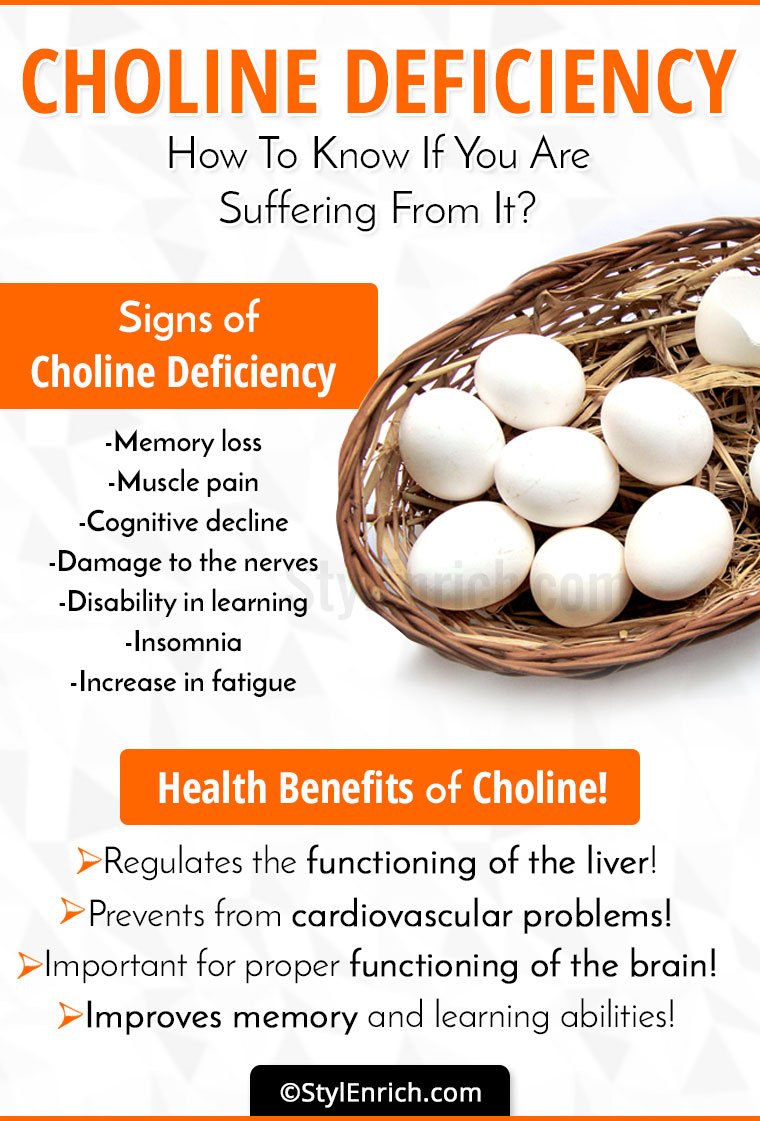 To know how to spot Choline deficiency, one should first understand what it is Choline? Choline is a kind of Vitamin B-complex and folate produced by the human body in a minimal quantity. It is a water-soluble nutrient that is important in the functioning of the body organs. Choline is present in several ingredients we add to our meals on a routine basis. However, Choline deficiency still exists in nearly 90% of people who don’t have the required amount of Choline in their diet.

Choline is mainly essential in the process of methylation that forms DNA. This process also helps in passing signals through the nerves and in the process of detoxification. Choline is vital for the smooth functioning of acetylcholine, which holds a prime role in the communication of the nerves and the movement of the muscles. The micronutrient is also necessary for the functioning of the brain.

The prime role of choline is transporting fats and their metabolism. Hence, it becomes equally essential for various body organs like the liver, brain, nervous system, etc. Choline is also vital for the brain, as it is necessary for cognitive function. It is an essential element for the growth of acetylcholine, which is a molecule required for the parts of the brain and the nerve.

Choline produces phosphatidylcholine, which is a crucial element for the fatty membrane in the human cells, including the brain cells. This process also allows the cells to intake and remove the nutrients and waste.

Choline reduces chronic inflammation and the homocysteine levels in the blood. Such conditions result in disorders like cardiovascular disease, osteoporosis, etc. Choline is also crucial for the proper functioning of the brain by improving memory and learning abilities. Choline plays a vital role in regulating the gallbladder, which also prevents the development of gallstones.

Choline regulates the functioning of the liver and removes unwanted toxins, which is also helpful in preventing the liver from damages like cirrhosis or hepatitis. It is a natural lipotropic that helps in reducing the excess fat in the body, specifically the liver. Choline is a vital ingredient that helps in converting homocysteine that is in the blood to other substances that lower its levels in the blood. As a result, it prevents cardiovascular problems. Hence, choline is quite essential for various health issues.

Signs Of Choline Deficiency – How to Spot it?

The choline deficiency comes in various levels and comes in multiple symptoms. The mild symptoms or indications get neglected, including lack of focus, weak grasping power for studies, poor functioning of memory, etc. These symptoms only get noticed when the acetylcholine level reduce in your body through your meals.

When an adequate amount of choline falls short from meals, the brain starts utilizing choline from the cell walls, leading to harmful problems on a long-term basis leading to disorders like Alzheimer’s and other mental illnesses.

When it comes to severe deficiency conditions, the symptoms become evident in the liver and the kidney. Fatty liver and kidney necrosis are some of the dangerous symptoms that can also result in a haemorrhage.

Some other symptoms of choline deficiency are:

The overdose of choline is also harmful as it may lead to mild and serious problems like:

However, if an individual is suffering from a deficiency of amino acids, methionine, vitamin B-3 and foliate, the individual is also lacking adequate amount of choline in the body. Such people, mostly suffer from liver problems. Also, the people who depend on parenteral nutrition, have gone kidney transplants, bypass surgery, etc. suffer from the deficiency of choline.

Choline is also harmful in excess quantity. The richest sources of choline are eggs, milk, meats, poultry food and seafood. Hence, having all these in excess would convert choline into cardio toxicant or toxic byproduct. All these get absorbed by the gut within one hour of consumption.

Excess Choline is Harmful – How to spot the harm beforehand?

Hence, the more we consume these ingredients, increases the possibilities of having heart disease and other cardio related disorders. Choline and carnitine obtained from red meat get transformed into TMAO, that leads to problems like inflammation, heart attack, other heart disorders, stroke, and in serious conditions, death within three years.

Choline Deficiency And Cancer – How to spot the connection? 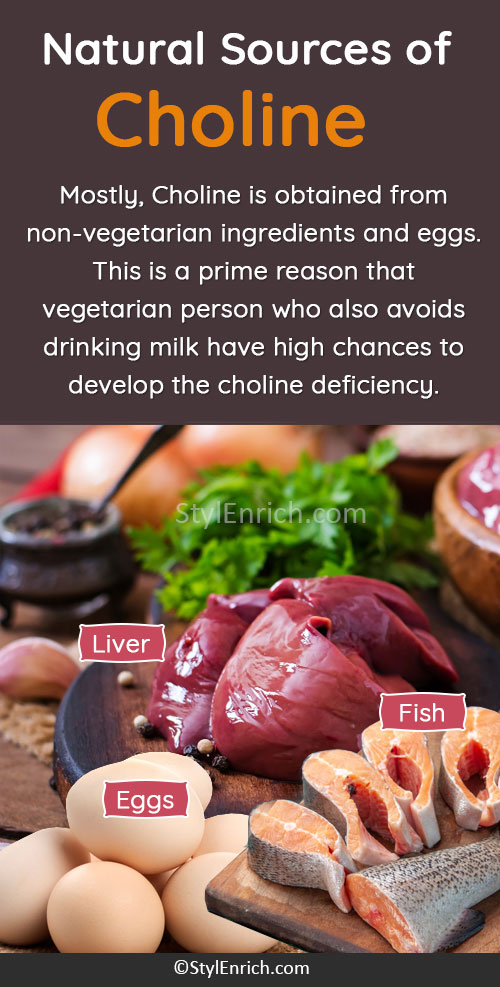 Mostly choline is obtained from non-vegetarian ingredients and eggs. And this is a prime reason that vegetarian person who also avoid having milk have high chances to develop the choline deficiency. Here are some sources that would provide you with the required amount of choline levels with regular meals.

In case of deficiency of choline or when your body doesn’t produce enough choline, doctors generally suggest to go for supplements for obtaining it. When it comes to supplements, lecithin is the commonly advised supplement of choline. Lecithin is obtained from soybeans, by adding it to the meals regularly. The supplements are also obtained from pills and powdered form by the name Choline Bitartrate and Phosphatidylcholine. There are liquid supplements also, that come in the form of choline chloride. This is the widely adopted supplement as pills and powders would lead to side-effects like stomach ache, diarrhea and nausea.

There are some supplements for choline that also work as memory boosters and help in the proper functioning of the brain. They include elements like Alpha GPC and Citicoline as they have a positive effect on the function of cognition. These supplements give wonderful results in the improvement of the mental status.

Choline is also strongly related with foliate, and they depend on each other for carrying a smooth function. Hence, individuals need to make a proper balance in obtaining both the nutrients that would help you in a healthy life.

Thus, include choline in your meals regularly and gift your nervous system, cell structures, DNA, brain, and liver a healthy and well-balanced functioning.