Cancer is a very horrify disease which can scare people to the level of depression. It is a disease with 2nd highest mortality rates after the heart disease! Previously, it was considered as one of the incurable diseases which leads and ends up in death but thanks to all the medical researchers, development and technical enhancements which have gifted us numerous treatment options to cure this disease! Today we will discuss cancer in women!

It is identified that more than women, men get affected form cancer and there are different cancer types through which women are getting affected. Among the highest cancer types are skin cancer, breast cancer, lung cancer and colorectal cancers are the highly spread cancer types! Here is all you need to know about different types of cancer in women! 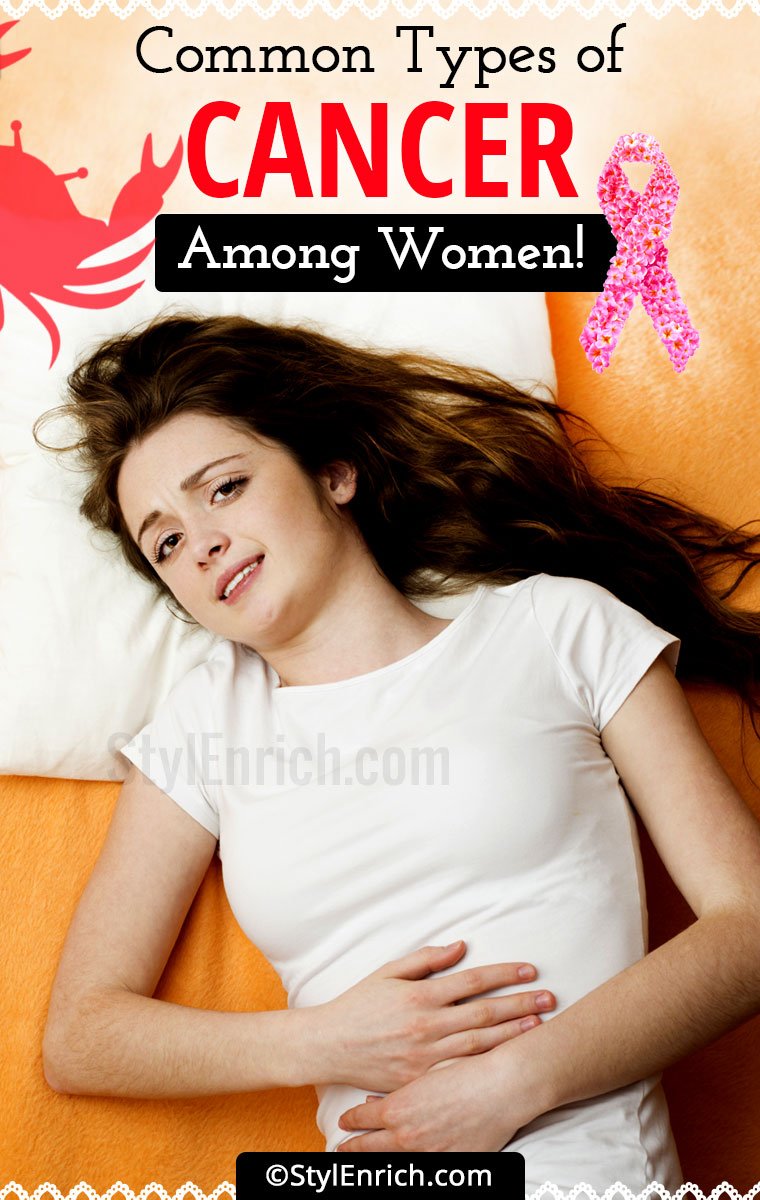 What Is Cancer And What Impact It Has On Women Health?

When the tumor increases, the cells also start covering the surrounding areas through developing new blood vessels and gradually cover huge areas. This spreading, division and growth is called cancer which must be treated at the correct stage.

There are various stages of cancer in women in which, it developed, diagnosed and treated. After few stages, it’s not possible to reverse the disease and a person leads to death!

What Are The Most Common Types Of Cancer in Women?

There are some cancer forms which are identified in women more than men and have victimized uncountable women. Here are the top cancers forms with which, women are suffering!

Skin cancer is the most witnessed forms of cancer in women. It is cancer which affects the skin and the women with white or fair skin are affected more with this form of cancer!

Breast cancer is the second most horrible cancer types from which women suffer. Breast gets developed after puberty and consists of various cells, tissues and milk producing ducts. If the cell growth becomes uncontrollable, it can lead to breast cancer.

Ovarian cancer is a type of cancer in women which is life threatening and can impact various organs at a high speed When the cells grow uncontrollably in the ovaries and especially in the outer lining of the ovaries, it can lead to dangerous ovarian cancer which spreads quickly

Endometrial cancer develops in the uterus, the main organ for fetal development in women. It is cancer which starts to form the uterus and gets spread in the surroundings

Lung cancer, as the name suggests, begins and promotes in the lungs. When the cells start growing at an uncontrollable speed in both the lungs, it can result in lung cancer. Instead of the healthy lung tissues, tumors are developed which can then spread and affect many areas

Cervical cancer starts developing in the neck of the womb which is the starting or entrance of the womb. In the lower uterus, this is a part in which, cancer cells start to grow.

Top Signs And Symptoms Of Cancer Women Must Not Avoid!

These are the common symptoms which showcase that something is wrong within your body and there are certain organs in your body which have started facing cell overgrowth and can lead to cancer!

How Can Cancer Be Prevented?

It is found that almost 50% types of cancers are practically preventable and thus, by following some routine and by giving your health first priority, you can prevent cancer! Here are some tips which can help in preventing cancer!

Tobacco is identified as the leading causes of lung cancer, throat cancer and different types of cancers. The elements filled in tobacco are mostly filled with cancer triggering elements which you must avoid! Thus quit tobacco and live a healthy life!

Can have a great impact on our body. Not only to prevent cancer but also to stay away from such life threatening disease, eating healthy must be considered important. Junk foods filled with carbohydrates, sugar, cholesterol and unhealthy elements can damage your body and cause such problems!

Obesity can trigger various diseases along with cancer. Obesity can damage your body and can block the different processes in your body. thus carry balanced weight and prevent cancer.

As staying fit and healthy is the best way to battle all the disease. A fit and healthy body would fight various abnormalities in the body which can cause serious illnesses and make your body weak. This work out and stay healthy!

It is proved that most of the women who faces extreme sun exposure can get affected from skin cancer. The sunrays are filled with extremely harmful UV rays which can damage your healthy skin tissues and develop into skin cancer. Thus, stay away from sun rays and keep healthy!

It is also proven that there are different cancer forms which get triggered due to unhealthy sex practices. Using protection or contraceptive pills, considering oral health and hygiene important is needed. Over use of contraceptive pills, pregnancy at low age, high rate of abortion etc must be avoided

Immunity is the first stage of fighting the disease. Keep your immunity strong and eat the foods which can strength your immune system. Also get the medications and anti biotics to fight the auto immune disease which can trigger cancer!

Water is an amazing cleanser which can fight toxins and reduce the risk of bacteria and infection in your body. Also, it helps in removing out the toxins, waste and harmful element from the body! Thus drink water and revive your body every day with freshness!

If you are suffering from anything wrong in your body, the first sign of any disease is the pain. Cancer starts with pain and starts getting spread with increased symptoms and thus, considers pain importantly. Don’t avoid any pain and fight cancer in the beginning phases!

10. Avoid Scans And Exposure To Rays

It is identified that x-rays and UV rays are extremely harmful and can trigger cancer. Thus, avoid unnecessary scans and body checkups and also wear a sunscreen before moving out from your house!

In today’s advanced world, now that we have technology and information at our doorsteps, we know these diseases in detail. We know the causes, symptoms and signs of such disease which we can prevent!

Take an advantage of this change and stay informed regarding the disease and its cure to live a healthy, stress-free and cherish able life!