Being healthy and fit has been a trend for the stressed modern day world. Hectic schedules and stressful work conditions are having detrimental effects on health and it is deteriorating with every passing day. Health issues include hypertension, cancer, obesity etc. None of us like to be or face such a situation. To the rescue, what we have is various forms of exercise. History pages reveal an ancient mode of exercise and that is nothing but yoga. The history of yoga is quite interesting and has proven positive effects on health. People practicing yoga are as healthy as people resorting to other forms of exercises. 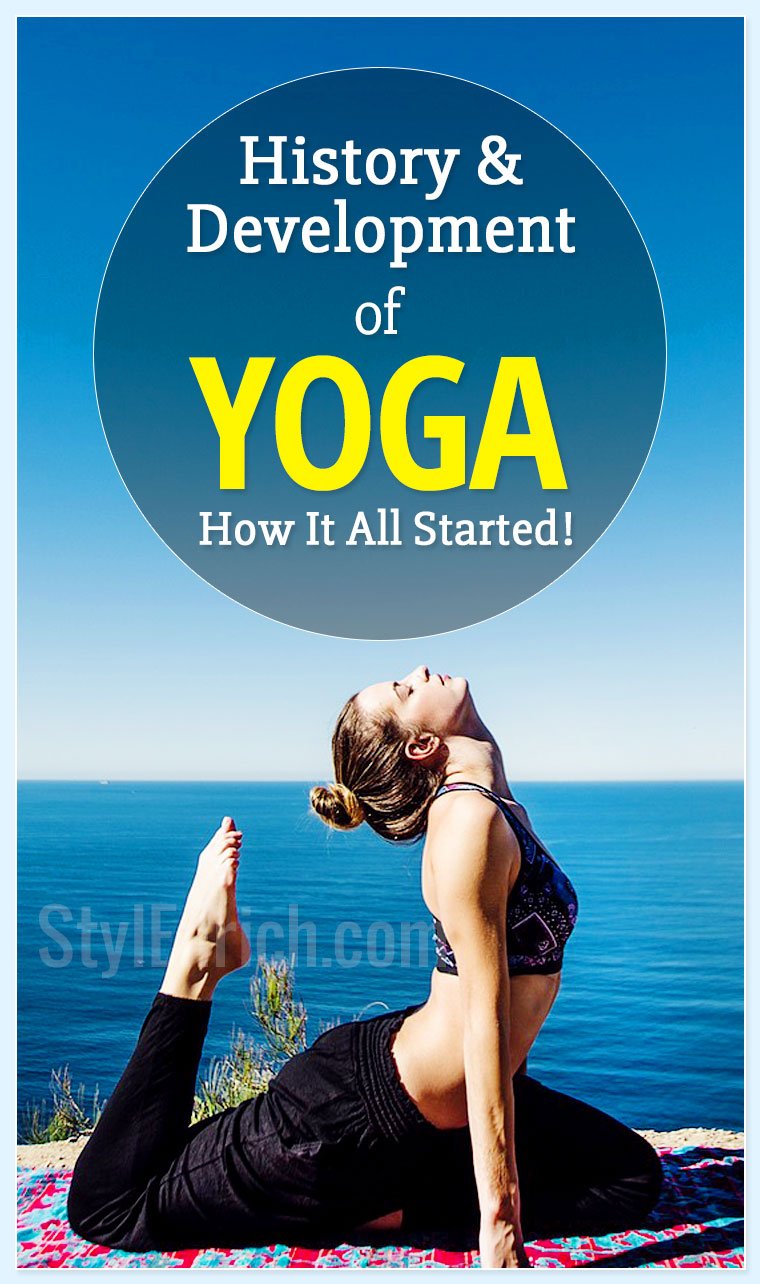 Does this question often pop up in your mind, “what is yoga?”  Well, it is quite evident that the question would have crossed your mind. In layman terms, yoga is a form of exercise under the spiritual discipline that mainly focusses in bringing a balance or peace between the human mind and body. Veterans believe that yoga is an art and science towards a healthy living. The history of yoga lets know that the term “yoga” has been derived from a Sanskrit word and means “to unite” or “to join”

So if you wonder what does yoga mean? The meaning of yoga is derived from the yogic scriptures, which say that the consistent practice of yoga will lead to the unity of individual consciousness with that of the universe. The definition of yoga is that it is a perfect balance between man and nature, mind and body. A person is when referred as “yogi”, means to say that the individual has achieved complete freedom or moksha.  The sole aim of yoga is to achieve this union and freedom. The individual shall live with freedom, continue good health and attain harmony at all walks of life.

If you are new to yoga art and want to master it, just go through these beginners yoga poses.

A deeper look into the history of yoga will reveal a lot of interesting facts. Let’s have a look!

The birthplace of yoga is still believed to be India and historians could estimate it to about 5,000 years ago. However, modern archaeologists have revealed a fact that will contradict the yoga origins. The origin of yoga in India goes awry as its presence was marked well before, during the times of Indus Valley Civilization. The ruins have enough reasons to believe that ancient yoga is over 10,000 years old. The history of yoga is rich and is mainly divided into four periods which has its own innovation, practice, and development. Let us have a look at all of them below.

Yoga was far invented during the time of Indus-Sarasvati civilization, situated at the extreme northern part of India. The word yoga was then coined in the sacred books called Vedas. Among them, Rig Veda was the one to have mentioned about yoga. The Vedas contain a collection of songs, mantras and rituals that were specific to the culture, people and time. The history of yoga as written in the Rig Veda was the traditional practices of those rituals and cultures. The Brahmans developed those practices with time which again were made into voluminous scriptures. The most popular scripture among them is the Bhagwat Gita, which is was composed around 500 B.C.E.  E.g. The ritual of “sacrifice” from the Vedas was developed as a “sacrifice” of the ego through knowledge, action, and wisdom.

See here the amazing health benefits that you can get from the simple poses of yoga.

The much expected, the time of classical yoga followed the pre-classical stage. The former faced a lot of contradiction in terms of myths and beliefs. The experts were themselves confused with the techniques and other internal developments. Hence, the time of classical yoga dawned in! Patanjali, known as the father of yoga, started penning down various techniques and ways to carry out yoga. He grouped all of them and they are collectively known as “yoga sutras”. Most of the modern yoga sutras are influenced by Patanjali’s moves and techniques.

Yoga started to develop at a faster pace at this stage. Within a few centuries of Patanjali, experts started to develop newer techniques and practices to rejuvenate and prolong human life. The ancient yoga practices were no longer followed. Techniques and ways were developed that involved the physical body in achieving a healthy life. The then Vedas embraced the physical body to achieve enlightenment and solace. This was the time where tantra yoga was developed which had the necessary techniques to cleanse the body. This type of yoga also taught how to understand and break the bond between the mind and the materialistic world. The physical and spiritual blend of the techniques made the yoga a worldwide name and many from the west started following the same.

To get instant relief from lower back pain, you should try the lower stretching yoga for back pain…

4. The Modern Period of Yoga

Since the post-classical era, history of yoga saw a major change. The belief of embracing the physical body for enlightenment became stronger and various new ways and techniques were developed to keep the body healthy. The exercises and techniques were narrowed down to the nerves and have seen a strong relevance to science. Most of the techniques have been proven beneficial to the human body through immense research and debates. The late 1800 and 1900’s saw a major leap in the way of yoga practice and the number of people being involved with it. Hatha Yoga is a well-known term in the west and there are enormous followers. A few of them are big figures in terms of yoga knowledge and display. Teaching the established ways and developing new techniques are on the rise.

Yoga is beyond religion, race, and caste. All the people in the world are free to practice and teach yoga. The history of yoga doesn’t suggest to restrict the benefits of yoga to only a particular community. The ultimate aim of yoga is to align an individual geometry with that of the cosmic. When achieved, one would be able to hold more energy and achieve harmony within. However, a few misconceptions have always been a part of this wonderful ancient practice. To clear, a few of them are:

There is evidence of yoga’s immense benefits to the human body. Medical science has a strong relevance and tally with yoga when comes to curing. Practicing yoga is a great idea and one shouldn’t refrain from its immense benefits.

1 thought on “Yoga – How It All Started, History And Development…”