Have Iron Deficiency? Know The Symptoms, Causes and Treatments…

Iron is renown as the king of all metals. No wonder it is called so, since it is highly essential in our day to day lives. What is more interesting is that iron is also essential for our body to be healthy. Deficiency of iron can cause various troubles. On the grounds of health concerns, I write this article, letting you know everything about the iron deficiency anemia.

So What Exactly is Anaemia?

Anaemia happens if the red blood cells level in our blood goes lesser than required. The iron deficiency anemia occurs in your body when you do not have ample iron content. Iron is required by the body to produce haemoglobin, a type of protein. This is the protein which plays the role of transiting oxygen to all tissues of our body. Hence, haemoglobin is highly vital for our muscles and tissues to function their best. If there is less iron in our blood stream, rest of our body will not get the quantity of oxygen required. 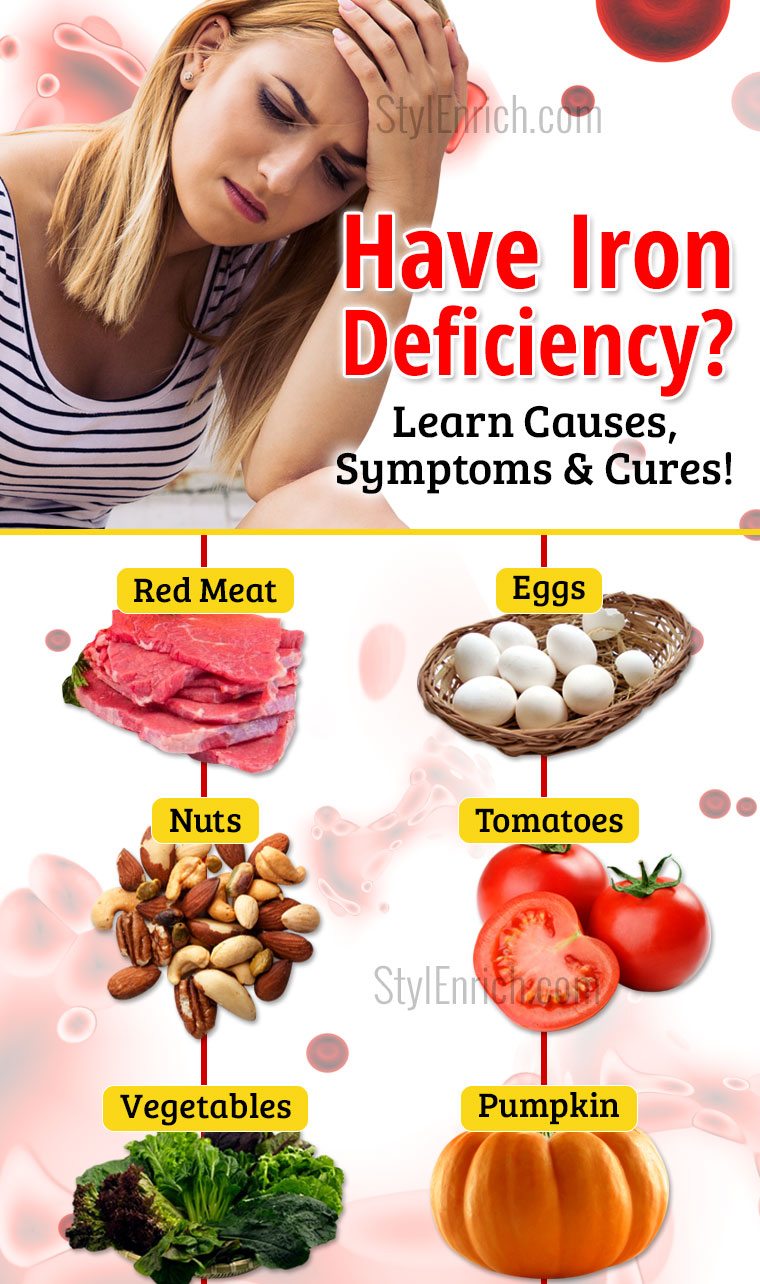 This condition could be common but a lot of people will not realize they’ve got Anaemia. There is a possibility that you might be experiencing all symptoms for months without actually knowing what is causing it!

The highly common reason for the iron deficiency Anemia  in women is the iron loss in their blood as a result of pregnancy or heavy menstruation. A bad diet or some bowel diseases which impacts how body obtains Iron, could also result in the iron deficiency. Doctors usually treat this condition with changes in diet or including iron supplements.

What Is The Cause of Iron Deficiency Anemia?

As per American Society of Hematology, deficiency of iron is the most obvious cause of Anaemia. Plenty of reasons could be listed as to why one gets iron deficiency. The list is as follows.

Let’s discuss some copper health benefits that you must know.

Consuming very less iron for a long period of time could cause iron deficiency in the body. Edibles like eggs. Meat, leafy green vegetables are enriched with iron. Since iron is vital during the period of quick growth as well as development, young children and pregnant women might require more iron enriched foods in their everyday diet.

2. Blood Loss During Menstruation or Pregnancy

Childbearing-aged women face this as it is a common cause for the deficiency. Since too much blood is lost while giving birth to a child or while bleeding, iron deficiency occurs.

Some medical conditions could result in internal bleeding, and this could lead to deficiency in iron further turning into Anaemia. Instances like stomach ulcers, polyps in intestines or colon or even colon cancer cause internal bleeding. Frequent use of painkillers like aspirin may also result in stomach bleeding.

Some surgeries or disorders which impacts the intestines could also affect on how our body absorbs the mineral. Though you get enough iron in the meal, intestinal surgery or celiac disease like gastric bypass could put a constraint on how much iron your body absorbs.

Who All Face The Risk of Iron Deficiency Anemia?

Anaemia us a very usual condition and may occur in men as well as women regardless of age and region. Few people could be at a higher risk of suffering from Anaemia compared to others. They are-

Take a look at what are the causes of Malnutrition…

If at all you are at a risk of facing the iron deficiency anemia, you need to consult your doctor to check if dietary changes or blood testing could help you!

What Symptoms Can Possibly Occur?

Let me tell you, the symptoms of Anaemia could be very subtle at the beginning. You might not even recognise them. As per the American Society of Hematology, a lot of people do not even get to know they have got Anaemia until their routine blood test is done.

There are plenty of symptoms for Anaemia and they are;

How Can This be Diagnosed?

Your doctor could diagnose for Anaemia with the help of blood tests. These tests include:

This test is generally the very first test your doctor will use. This test will measure the quantities of every compound present in your blood including;

This tests gives information on your blood which comes handy while diagnosing for the iron deficiency. The information obtain will include;

The CBC test is usually conducted as a portion of physical examination that happens routinely. It is a great indicator of the overall health of a person. It could also be conducted before a surgery. The test is helpful in diagnosing this sort of Anaemia as a lot of people with the iron deficiency won’t realize the issue.

As mentioned previously, Anaemia can be diagnosed with the CBC test. The doctor could also ask for extra blood tests in order to check how critical your problem is and aid in determining treatments. They could also send your blood under the microscope for examination. Such blood tests would give out information such as;

Your doctor, if concerned about internal bleeding causing Anaemia, can suggest extra tests which you would need. One of the tests you may have to undergo is decal occult which is used to find blood in your excretion. If there is blood in the feces, it may indicate you are bleeding internally in the intestine.

The doctor may also suggest endoscopy wherein a tiny camera in a flex tube is made use of to view the gastrointestinal tracts lining. An Upper endoscopy or EGD test will let the doctor examine stomach, esophagus, and upper portions of your small intestine. Lower endoscopy or colonoscopy will let the doctor examine the Colin lining and the lower parts of your large intestine. Such tests will aid in recognizing the sources of gastrointestinal bleeding.

What Could Be The Probable Health Complications in People Suffering From Anaemia?

Many cases of iron deficiency or Anaemia are subtle and do not result in complications. The problem can be corrected easily. But if the iron deficiency is not treated, it could lead to various problems such as;

If you are anemic, the heart will pump extra blood in order to cater to the low supply of oxygen. This could also result in irregular heartbeats. In critical cases, it may also lead to enlarged heart or even heart failure.

In critical cases of Anaemia, a child could take birth prematurely, that too with very low weight. Many pregnant women go for iron supplements and include it as a part of their prenatal care in order to avoid this.

3. Slow Growth Among Infants and Children

Infants and kids who are extremely deficient in the mineral could experience delayed growth as well as slow development. They are also prone to infections and are likely to catch some.

How Can The Iron Deficiency Anemia be Treated?

Your diet must include the listed foods which can potentially help avoid or treat iron deficiency.

You could go for iron tablets which help you restore the levels of iron in the body. If it is possible, you must take iron pills when you’re on empty stomach and this will help your body absorbs iron better. If they cause problems to your stomach, you could take the pills with your meals. You might have to intake these supplements for many months.

Besides, even vitamin C aids you in absorbing iron. If you are going for iron tablets, your doctor may advise you that consuming them along with Vitamin C such as citrus or orange juice could help!

How to Treat The Cause for Bleeding?

Iron supplements wouldn’t help if it is excessive bleeding that is causing the iron deficiency anemia. If women happen to take birth control pills, it could decrease the quantity of mensural bleeding every month.

In many extreme cases, blood transfusion could replace the iron content and loss of blood very quickly.

Can Iron Deficiency Anemia be Avoided?

If it is caused by inadequate intake of iron, Anaemia could be avoided by consumption of foods enriched with iron. New moms must ensure they feed their newborns with their breast milk.

Foods that are rich in iron are;

If at all you are going through the symptoms of iron deficiency anemia, I suggest you consult your doctor on an immediate basis. Self-treating and self-diagnosis of iron deficiency could result in adverse effects on your health or even extra iron content in the blood. Stay healthy, stay happy!

Table of Contents Hide How to Lose Weight in The Healthy Way?…