The Amazing Indian Sari History that You Must Know…

When it comes to ethnic couture, Indian Sari surely deserves special mention. This classic six yards long drape has fascinated women folk since eternity. The amazing history of Indian Saree is the testimony of this fact. It is quite interesting to know how Saree changes over the time.

From its evolution till contemporary form, the sari has undergone a tremendous transformation in designs, patterns, and fabrics. Let us talk a walk down the bylanes of Indian sari history to understand origin and progression of this quintessential garment. 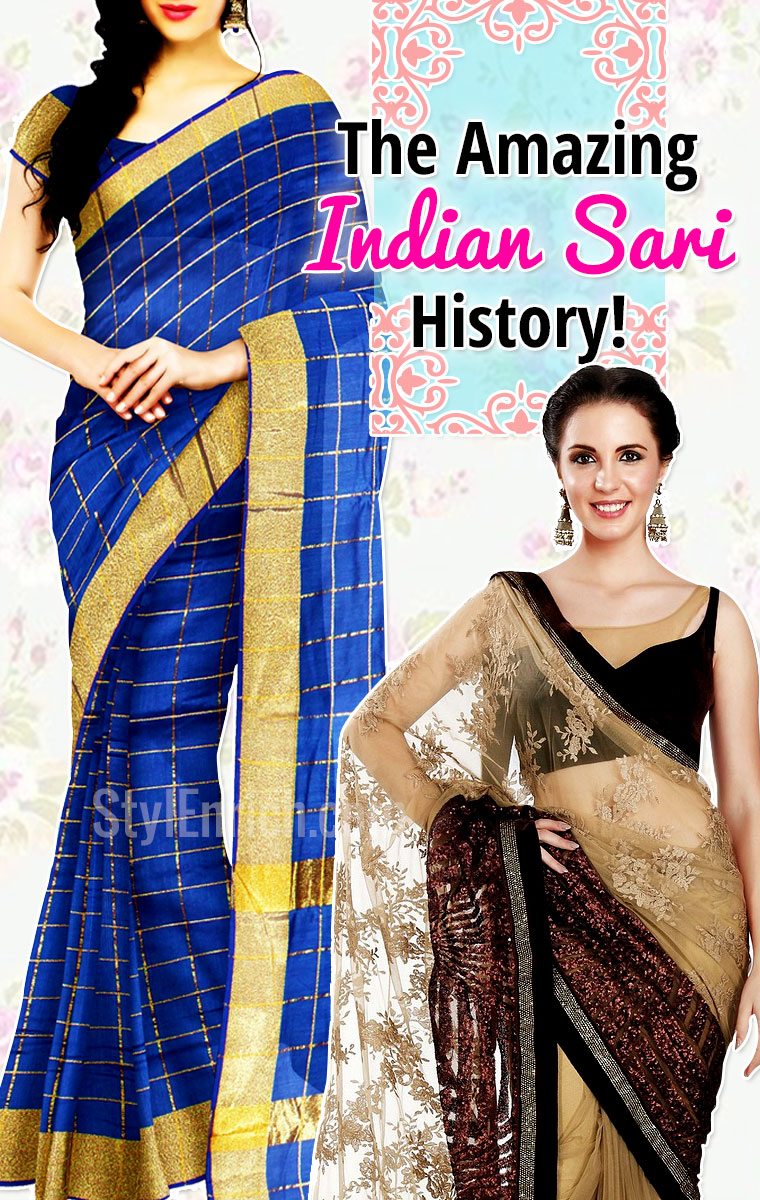 To understand how saree changes over the time, we should delve into its origin. If historical inscriptions are to be believed, sarees had their presence since Indus Valley Civilization in western parts of Indian subcontinent. Ancient literature like Jataka, Natya Shastra, and Tamil poetries have descriptions of sarees in them. The earliest revelation about the origin of sari dates back to 100 BC. In its original form, Indian Saree used to be the unstitched garment, preferably made from loin cloth. The concept of blouse and petticoat arrived much later.

How Saree Changed With Time?

It is quite intriguing to know about style revolution of Indian Saree. This timeless attire has truly come of age in its present avatar. It has defied the present norms of world fashion and set new benchmarks for Indian ethnic wear. The first evident change in the form of saree came with Aryans who introduced a distinctive style of draping in Sarees. Later on, when Muslims invaded India, they introduced stitched clothes that included cholis worn with this rectangular drape called Saree. 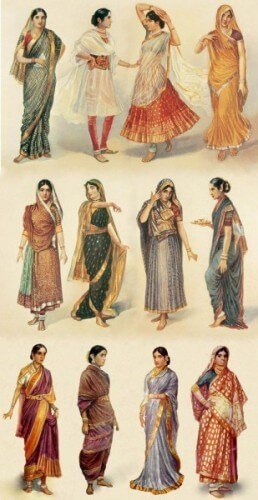 The Indian Sari is not just about the rectangular piece of fabric. Rather, it entails its proper draping as well. In India, every region has its own version of saree draping. It makes sarees quite perennial to Indian culture. Styles of draping Indian Sarees include ancient Nivi, Gujarati, Tamil, Bengali, Maharashtrian, Kodagu, Madisar, and Malayali draping.

Like any other factor, Sari fabrics have their equal say in revolutionizing its style. The earliest records of Indian Saree describe it in the form of cotton unstitched fabric. Later on, some rich fabrics were also preferred in Sari making. Chiffon and silk were the most significant textiles traditionally used in Sarees. Hand woven silk Sarees are, still, the top preference of bridal trousseau in India. Banarasi silk, Mysore silk, Kanchipuram, silk, and Mysore silk Sarees with fine weaving and rich color play are the pride of Indian brides till date.

If you liked this article and want to share your views about Indian Sari, please give your valuable comments in the comments section below. Also please share this article on Facebook, Twitter and Google+.

Table of Contents Hide What is Baking Soda?Benefits of Baking Soda for…