Are you getting giddiness or feeling weak throughout the day? Then you should think of Anaemia. Yes, Anaemia is one of the cause for giddiness, tiredness and weakness. The women are more prone to Anaemia than a men. There is natural and social reasons behind this fact.

Social reason being that, because women have lot of responsibilities to perform without self-care. She gets busy in her family life that she forgets her own health. Sometimes being selfish is not selfish. So take some time out of your busy schedule for yourself.

Natural reason is that a lot of blood is flown out of the female body during their monthly menstrual cycle that needs to be replenished. Since women do not consume a good diet and lifestyle habits so the body lacks the nutrients and hence it causes anaemia in her body.

So what’s the solution?

Firstly you have to speak with yourself, you’ll definitely get many complaints from within you which you have been neglecting for many days. Correct it before it corrects you. Anaemia is also such a disease which can be a silent killer until you find some alarming symptoms. Things get complicated at the emergency times and you may also get hospitalized for the complications. So better try and avoid such circumstances. 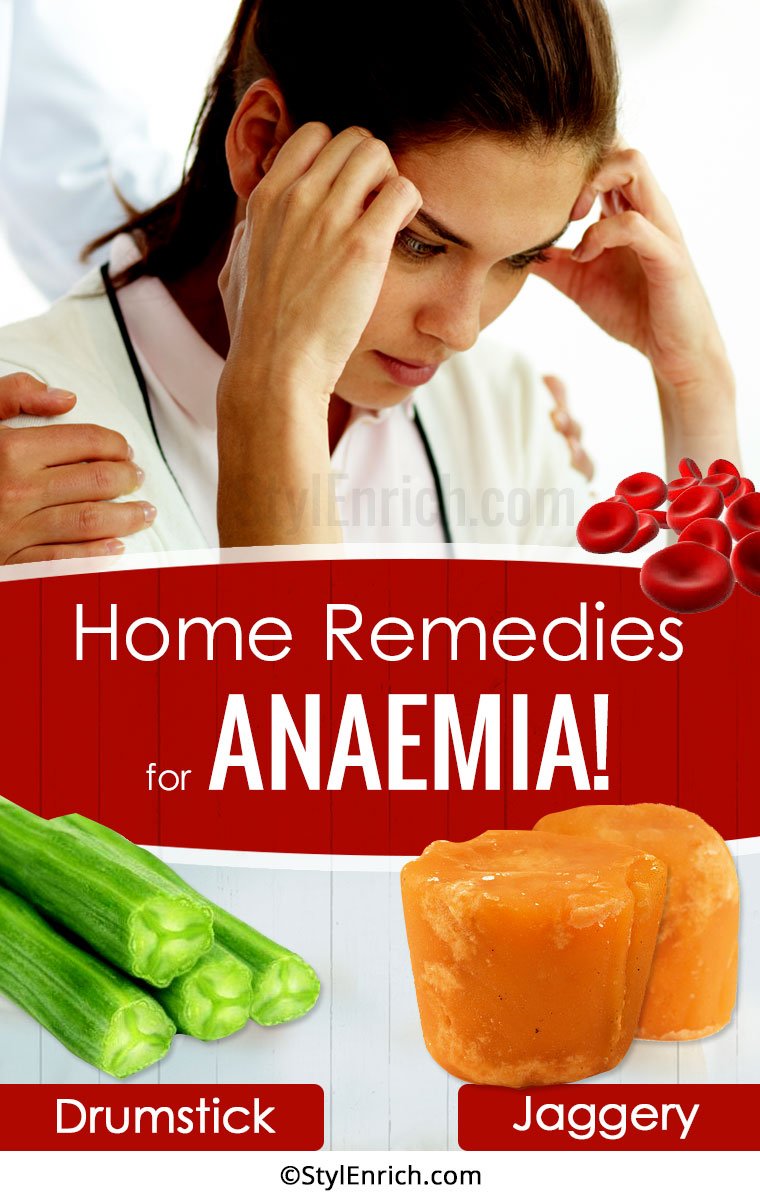 Anaemia affects both men and women but as discussed above it is most commonly seen in females. We have discussed this in detail below –

A woman get menarche by the age of 12-15 years. She starts getting the menses since then. Traditionally there is a bleeding for about 3-5 days with normal quantity. But sometimes the menses gets prolonged and there is excessive bleeding due to hormonal changes. This increased bleeding gets unnoticed by many females resulting in Anaemia.

The fetus within the mother’s womb gets the blood supply through the umbilical cord from the mothers blood. This is required for the proper development of the brain and the other organs. This can create a deficiency in the mothers blood leading to Anaemia. Hence doctors advice the double intake of Iron to accomplish fetal nourishment during the pregnancy period.

During a baby birth, women gets severe pain and loses all her strength. In a normal delivery or cesarean section a high volume of blood is lost due to the rupture of membranes and tissues which may lead to Anaemia if not treated on time. It is also called as Postpartum Hemorrhage.

It may be a sudden spontaneous abortion or induced abortion the female has to bear with the severe blood loss which leads to Anaemia and in severe cases deaths on bed can occur.

It really can cause a serious injury to the intestinal walls leading to Anaemia. The worms get into our body through unwashed hands and vegetables or in direct contact with soil and cause injury leading to bloody stools and later resulting in Anaemia.

Some diseases like Dengue, Thalassemia, deficiency of vitamin B12, Rheumatoid arthritis, Kidney failure, Bone marrow cancer, any chronic bleeding ulcers, chronic bleeding piles can lead to the Anaemia in both males and females.

Anaemia always has a set of symptoms. It depends on the hemoglobin level. Normal Hemoglobin level in females in 12-14 gms/dl and in pregnant women it is 11-15 gms/dl and in children 11-13 gms/dl. Any decrease in the normal levels leads to Anaemia and its associated symptoms.

Anaemia is usually of different types. The total blood loss Anaemia can be controlled and treated by home remedies at the earlier stages.

Fruits which are red colored are rich in iron content such as Guava, Pomegranate, Apple, Strawberry, Raspberry, watermelons.  Other fruits like chickoo, muskmelon are advised to be eaten regularly and in double volume during Anaemia. One can make a fresh fruit juice of above fruits or can consume them directly. It also has other beneficial effects on body like healthy skin and Immunity.

Sugarcane juice is a seasonal drink. It is available mostly during summers. It is very rich in iron content. Anaemic patients can take this juice daily for the increase in the hemoglobin levels.

It is rich in iron content, so one can eat sweets or porridge made from jaggery for few days. It is advised to take a small bite of jaggery after the meal everyday. Never consume too much jaggery at once. A small piece per day is enough.

Dry fruits such as dates, figs, apricot, almonds are the rich source of iron and dietary fibers. It also has high calories which helps in giving energy and increase the levels of hemoglobin. Make a habit of eating these dry fruits everyday without fail. You will soon see the good results in many forms, like improved skin texture, improving strength, good hair health, etc.

Green leafy vegetables are available in abundance during winters. So make most of it when the season comes. Green leafy spinach is rich in Vitamin A and in Iron so making a salad or sabji can help in curing Anaemia. Those who can digest it can also try hands on one or two raw spinach leaves eaten raw after thorough washing. 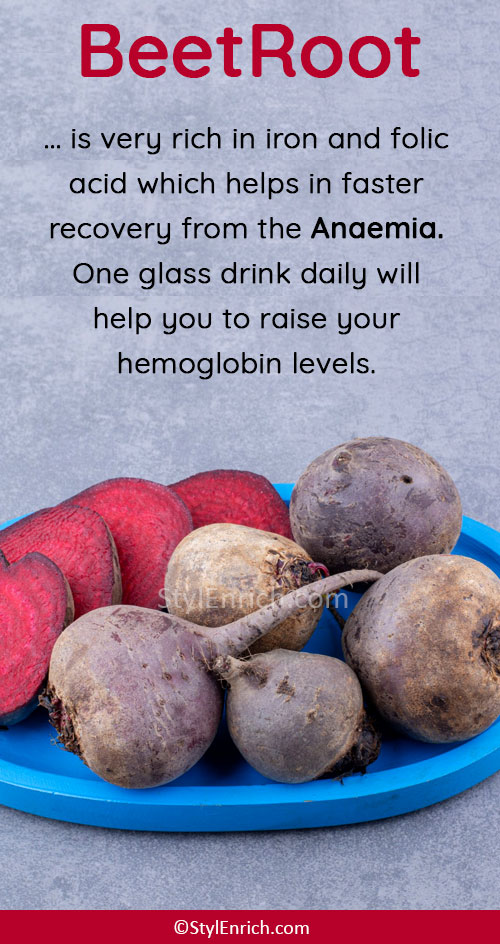 This is the amazing root in the cure of Anaemia, it is very rich in iron and folic acid which helps in faster recovery from the Anaemia. One glass drink daily will help you to raise your hemoglobin levels. If you do not find making it convenient to make beetroot juice everyday, just include it in your salad bowl and eat it before meals or even during the meals.

also called as Til can help you in treating the Anaemia. Though one cannot eat sesame seeds directly, it can be combined with jaggery to make a laddu’s which helps in improving the decreased levels of hemoglobin.

It is one of the best treatment for the Anaemia. It can be added with a glass of warm water or you can add a teaspoon of lemon juice to make it more healthy.

All the home remedies are helpful only when the hemoglobin levels are between 9 – 11 gms/dl and the causative factors are corrected especially in cases of Menstrual problems, ulcers, piles, worms or medical diseases. These are natural and beneficial and can be used as an alternative to iron tonics. But when the Hb levels are lower than 8 gms/dl then it has to be brought in notice to a specialized doctor for further treatment. Low hemoglobin levels can only be treated by blood transfusions and ferrous injections to cure the Anaemia. Any delay in the treatment may lead to cardiac arrest and immediate death.